Character in Search of a Story #10

Haven't done one of these in a while. 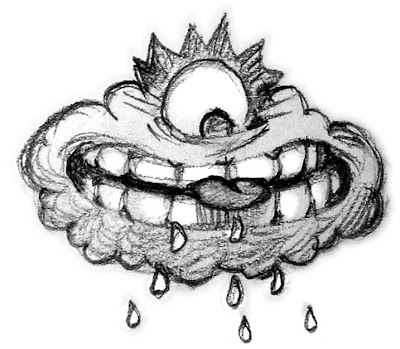 CUMULONUMBSKULL
Drawn during jury duty!
Check out the other Characters.
at 4:55 PM 8 comments:

Email ThisBlogThis!Share to TwitterShare to FacebookShare to Pinterest
Labels: character in search of a story

Decatur, or, Round of Applause for Your Step Mother!

That would be a song title in the headline, there. And before you write to correct me–yes, I know that song is about Decatur, Illinois, and that I just got back from Decatur, Georgia. But I had it stuck in my head the whole weekend, all the same.
Thanks to the greater Atlanta area for being so awesome. I had a great time at the Decatur Book Festival.
Tony Diterlizzi caught this picture of me on stage during one of my presentations. I'd just finished a drawing based on audience suggestions, which this time turned out to be "puppy" and "cheerleading outfit." 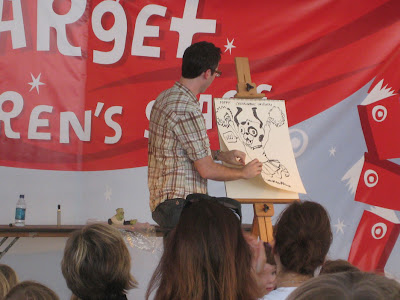 Later, Tony and I got reacquainted at The Little Shop of Stories. 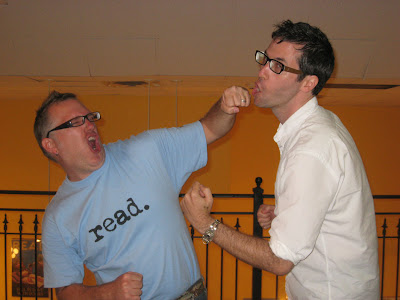 I experienced this phenomenon at least three times over the weekend: an untouched funnel cake, presumably purchased and then just left somewhere. On the edge of a trash can, on the base of a lamppost...this one was sitting conspicuously in the middle of a sidewalk as the festival came to an end. 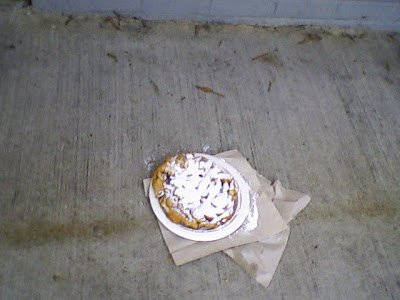