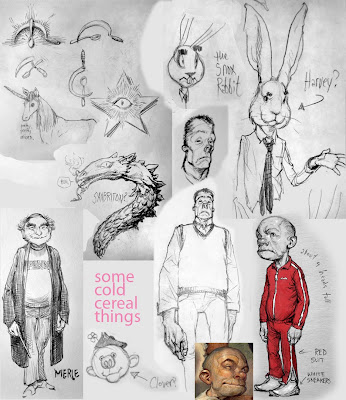 In the interest of just posting something new, here is a character collage I refer to from time to time as I work on the interior illustrations for my next novel, COLD CEREAL. Mostly just a bunch of details from various sketchbooks.
at 1:18 PM 6 comments:

I spent the last week in Amherst, Mass, for the Illustration Master Class. It's an intensive weeklong illustration boot camp focusing on fantasy, sci-fi, and children's illustration. I was one of fifteen faculty members and guest speakers. Follow the link above to see more about it, and look at pictures from previous years. It's really kind of an amazing program. Faculty assistant Julia Griffin called it "Hogwarts for Illustrators," which couldn't be more right. 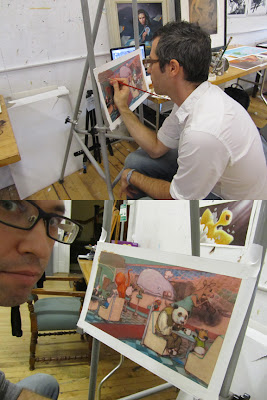 I don't have any of my own photos from the week, but here are shots of me working on an assignment at the IMC courtesy of Kim Kincaid. Note that in the background there is original art by Dan Dos Santos, Rebecca Guay, Gregory Manchess, and Jeff Mack.

Anyway, during my lecture I tried something a little risky. I put up the cover to my next novel, COLD CEREAL, and asked the hundred-odd students to critique it. Here's what they saw: 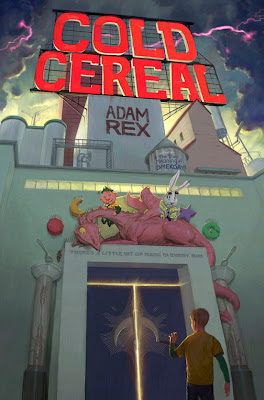 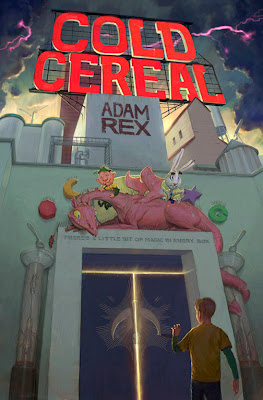 That's what I ended up with after I'd processed their suggestions. It's a much stronger cover now, in my opinion.

I wouldn't normally show this cover so early, since the book doesn't come out until February, but I want the IMC alumni to see what I've done. Thanks again to the students, and to Rebecca Guay for putting the whole program together.
at 2:17 PM 12 comments: