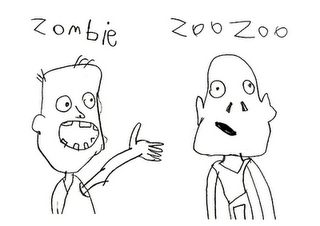 I had a really fun time video-chatting with the Z-Kids from the blog Bookie Woogie the other day; and their dad, Aaron Zenz, just completed the harrowing task of transcribing our meandering conversation and posting it as an interview. So please go check out what Isaac, Gracie, Lily, and I (and Aaron) had to say to each other. illustration above of zombies at the zoo by Lily Zenz, age 7, based on the zombies from Frankenstein Makes a Sandwich by Adam Rex, age 36.
at 4:22 PM 5 comments:

Like the theme song from the first season of Gilligan's Island, I'm just going to cram all the other players from the book The Clock Without a Face into one final post. Seriously, you need to check out the link there if you haven't already. Find out all about this weird book, and let me know when you've uncovered one of the very real treasures that have been buried in twelve different spots across the United States of America.
Actually, I may be taking it for granted that all the treasures are in the U.S. One of them could be in Guam or Ontario for all I know. But I'm pretty sure they're in the U.S.
Anyway, for your consideration: the paranoiac, 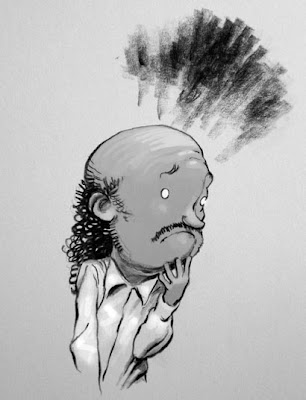 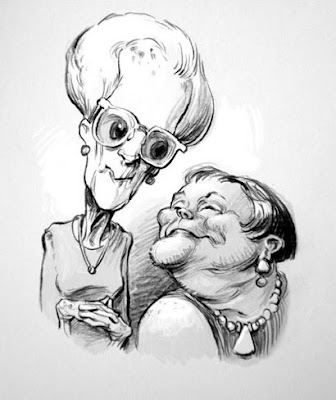 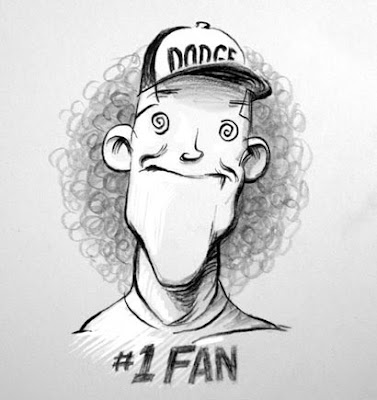 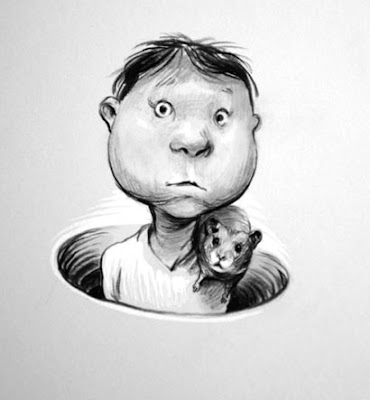 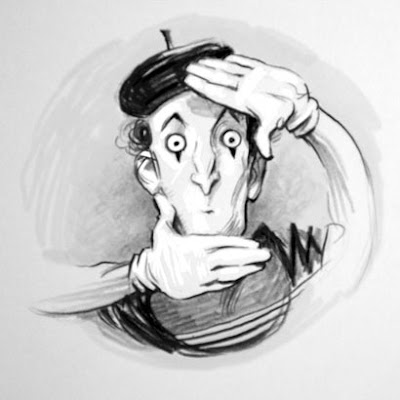 and the artist (encased in plaster). 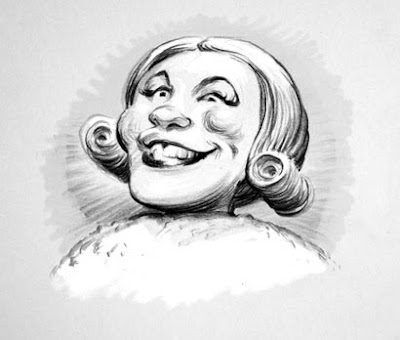 First, a little background: in my novel, The True Meaning of Smekday, there is a kind of alien livestock called the koobish. Here are a couple of them in a photo with one of the story's protagonists, J.Lo: 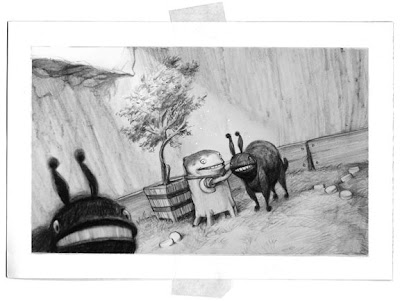 I'd like to explain how the koobish came to be, and to do that I first have to tell you about a very bad tattoo I got back in 1991.
I was eighteen, and away at college, and four of us decided on a whim to get tattoos. What, you may be thinking, could possibly go wrong. If memory serves I believe Liza got a Tazmanian Devil. Kim got some sort of dolphin/rainbow/Earth combo. I can't remember what Brad got, but based on these previous choices I'm going to go ahead and guess it was the Chinese character for "stupid."
I had begun writing a bit at this point, and I fancied myself something of a humorist, so I got a jester on my ankle. Like so: 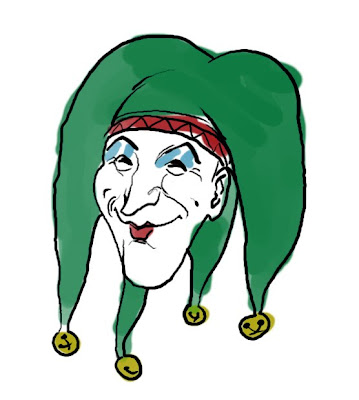 I was not drunk.
I don't think I'm giving away too much at this point in the story if I tell you I no longer have this tattoo, but this is how it looked to the best of my recollection. Like Bea Arthur. I didn't even draw the original design myself. I picked it off the parlor wall. I was an art student AND I PICKED MY TATTOO OFF THE PARLOR WALL.
Anyway, years passed. I quickly grew to hate the tattoo, but it was on my ankle, and I almost always wear socks, and literally months could pass where I didn't think about it at all. It was so inconspicuous that I dated my wife for a whole summer before she noticed it was there. We managed to pull through as a couple.
Eventually I realized that while I would never pay to have it removed, it might be worth one or two hundred bucks to get it covered up with something else. So I designed this little fellow: 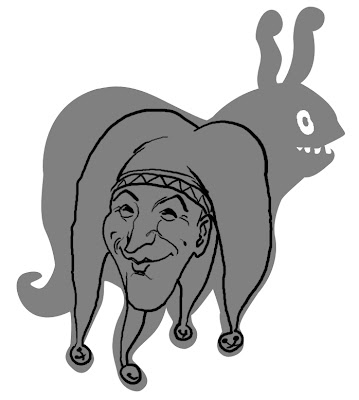 Here it is filled in: 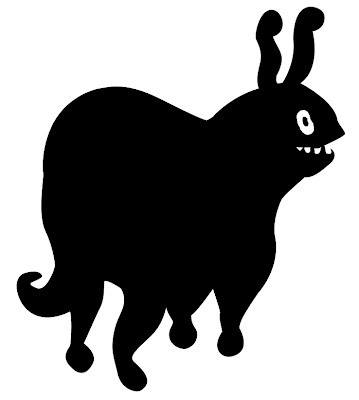 And actually on my ankle: 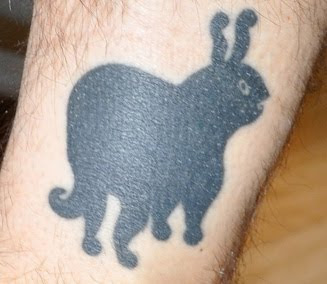 I liked it, and I named it the koobish. And it occurred to me that I'd like it even better if it had some actual significance, so I wrote it into the novel I was working on.
Ta da.
Sometimes people ask me why I write, and sometimes I answer, "To correct the mistakes of the past." And then they nod sagely, and pretend to know what I'm talking about, and I reach down to pull up my sock.
at 11:33 PM 20 comments:

Clock Without a Face 7 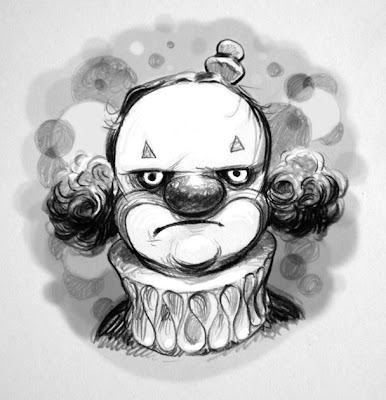 Clock Without a Face 6

Got a little behind on these. Here are the kids who live one floor below the future-man. Nobody seems to know what happened to their parents, but they don't mind. They think they're doing just fine. 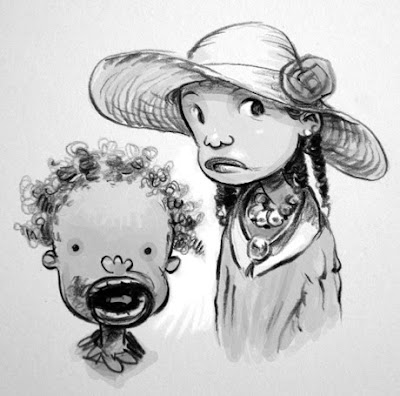 Be sure to check out the website for Clock Without a Face. Join the hunt! Part of the treasure could practically be in your back yard.
at 2:16 PM 2 comments: