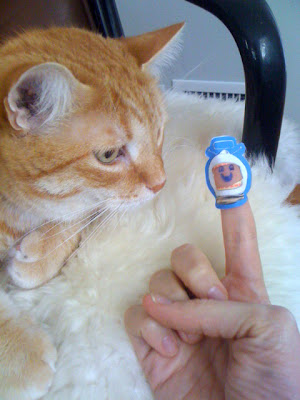 My agent apparently couldn't resist yesterday's little cut-paper activity, and can be seen here attempting to open negotiations with the leader of the Cat Planet.

If anyone else sends me fingerhat pictures they're going right up here.
at 3:23 PM 1 comment:

Previously I posted an illustration of Abraham Lincoln fighting an octopus on the moon that ran in an installment of the syndicated newspaper feature, THE GOODS. (Follow that link and scroll down to read one commenter's critique of President Lincoln and tacit approval of slavery as "peaceful." It's a stitch!)

Anyhoo, here's a more recent issue of THE GOODS showcasing, among other things, fine finger haberdashery. And also Lincoln again. Because I only have five or six separate ideas in my head. 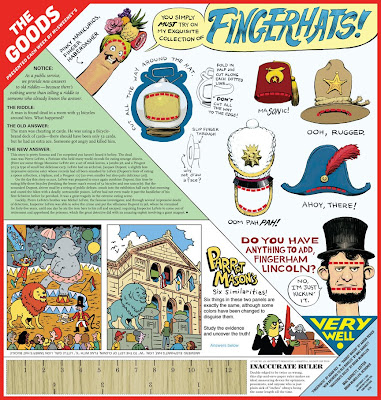 A piece of original SMEKDAY art is being auctioned off for Banned Books Week: http://myworld.ebay.com/abffe 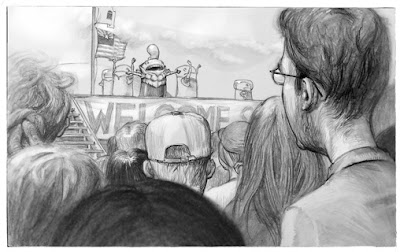