I thought I'd share some drawings I made throughout California and Arizona.

It's become a regular shtick of mine to ask audiences of kids for animal suggestions and then combine said animals into a hideous chimera for their amusement. Then I frequently invite the kids to name it. Here are a few. I'll show more later. 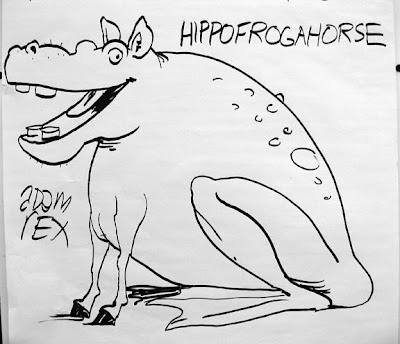 A girl named the fellow below "Chow Chow." It's on the tag. 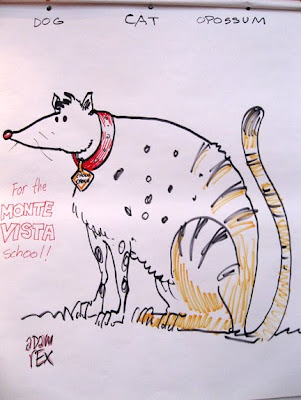 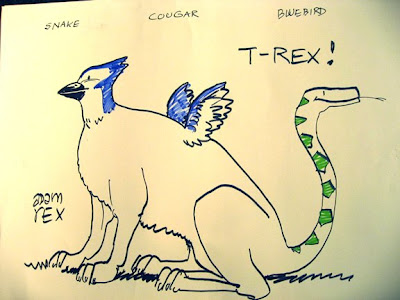 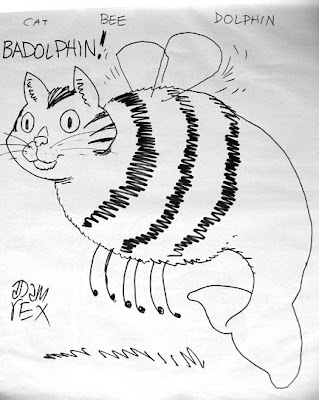 No name for the last one, but notable for being the only time I've been asked to draw a bearded dragon. Mac had to pull up a little jpeg of one on his iPhone for reference. 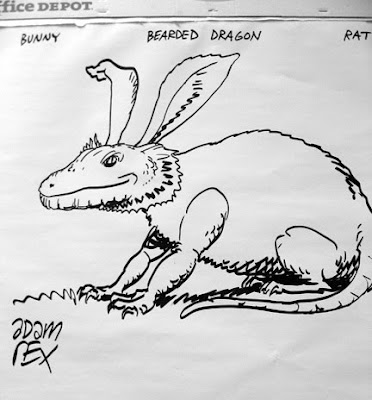 if you hadn't said there was a reference for the bearded dragon, i would have been really impressed at how well you could draw it, but it's still impressive anyway.

I bet the kids loved those! So creative!

I've got a pic of the one you did at Changing Hands. Want me to email it to you?

wow i did this very thing at a school visit six or seven years ago. did you have spies in the room? mine sucked though and yours are really cool.